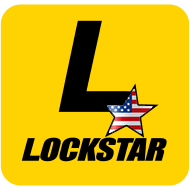 
At the end of November, Jos, Walter, Rob, and me (Jan-Willem) went to Abu Dhabi to teach lockpicking at HITB CyberWeek 2021. We brought close to eighty kilograms of gear, including a hundred locks, plenty lockpicks, impressioning gear, safe locks, and more.

Why fly all the way to the UAE for a lockpicking village? Toool has run many lockpicking villages, some years more than a dozen. When the Hack in the Box conference came to The Netherlands in 2010, Toool was there with a village and ever since we’ve run Lockpicking Villages at HITB Amsterdam. In 2019, we were invited to run the Lockpicking Village at HITB CyberWeek in the United Arabic Emirates. As it was a great success, we accepted the invitation without hesitation when we got it again this year.

Getting to the UAE was fairly straight forward, even with all the measures. We send in our documents, including vaccination history. Travel was slightly terrifying as we required a tested before the flight, and a positive result would cancel the trip. Luckily, all results were negative, and we were allowed to fly. The flight itself was 6h, and we arrived at Abu Dhabi near midnight.

The first day was to relax and recover from the trip. After breakfast, we explored part of the city. It’s hard to convey the scale to which Abu Dhabi is build. The buildings are large and the space between them are usually three lane roads. It doesn’t help that even in November, it was 30 degrees Celsius outside. We found the ATM, grocery store, and the Abu Dhabi National Exhibition Centre, even though it took most of the morning. We spent the rest of the day at the rooftop swimming pool of the hotel and the welcome reception in the evening.

The conference started early the next day. As always, setting up the village was rather quick. We created a few different areas within the village, one focussed on lockpicking, and another on impressioning and safe cracking.

Even through this was my 20th lockpicking village, it never gets boring. I was very excited to try out a few new things. For this trip, I’ve created a large set of progressive locks, with multiple brands, and pin styles. I’ve also brought multiple new slide decks on lockpicking, impressioning, and safe manipulation. Walter brought a variety of combination locks, from a small padlock to a dial safe lock, and we also brought a full impressioning kit, as it’s a great joy to demonstrate the technique.

We tried to gather people in small groups as much as possible, as it’s a lot more efficient. From early the first day, the lockpicking village was packed. Some attendees stayed for ten minutes and had a great time by learning the basics. While some stayed for hours and opened ever challenging locks. Most notable were the participants that kept returning to the village throughout the event, it was very clear they got the bug. We have taught between two hundred and three hundred people, and between five and fifteen people at the time.

After we packed our gear at the end of the event. We decided to take another dive in the swimming pool, before heading out to the after party at the Hyatt Capital Gate. I’ve cut the party short as our flight back was early in the morning.

Wrapping up, we had a great time at the HITB CyberWeek 2021. For the next one, I’m likely to take more days of holiday and do more sightseeing and other activities in Abu Dhabi. Even as a midweek, it was well worth the time.

We would like to thank the HITB crew for inviting us and arranging everything. Furthermore, we had a great time at the event and hope to see you again at HITB Amsterdam.

This entry was posted
on Monday, January 3rd, 2022 at 23:05
and is filed under Uncategorized.
You can follow any responses to this entry through the feed.
You can leave a response, or trackback from your own site.

Catalytic converter theft is on the rise throughout the city of Vicksburg.

Officer Fights For His Firearm And Life

Lockstar Locksmith can come to you! We are a full service mobile locksmith company in the Vicksburg area.
Contact us: support@locksmithvicksburg.com